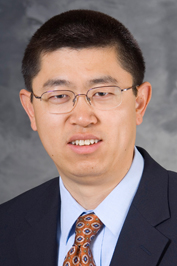 Prof. Weibo Cai, Director of the Molecular Imaging and Nanotechnology Laboratory (http://mi.wisc.edu), was invited to serve on the Editorial Board of 2 leadings journals in molecular imaging and both are effective from January 2015.

In addition, Prof. Cai also became Editor-in-Chief of the American Journal of Nuclear Medicine and Molecular Imaging (AJNMMI) in January 2015, for which he served as the Executive Editor from 2011 to 2014.