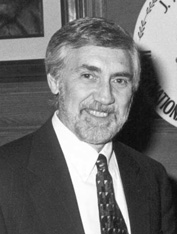 This award recognizes AAPM members whose careers have been defined by notable achievements. Recipients of the award must be participating AAPM fellows who have made significant scientific achievements in medical physics, had a considerable influence on the career development of other medical physicists, or shown leadership in national and/or international organizations.

Dr. Mistretta was recruited into medical physics by John R Cameron, the founder of the UW medical physics program, now a department. Mistretta has been doing research in medical imaging since 1971. During his career he has become a significant member of his field. Along with students and radiologist Andy Crummy, Chuck developed digital subtraction angiography. During the 1980s and 90s Chuck began focusing more and more on MRI imaging, and he is responsible for such innovative techniques as HYPR, TRICKS, and VIPER, all enabling faster and higher resolution MRI imaging. Most recently Chuck and his students have been working with radiologist Charlie Strother to introduce the 4D DSA x-ray technique. Chuck, along with his graduate students and colleagues, has generated 33 issued US patents. He has mentored 33 Ph.D. students and 23 postdoctoral associates.

Dr. Mistretta was honored at the AAPM Awards and Honors Ceremony and Reception during the 54th Annual Meeting in Charlotte, North Carolina.