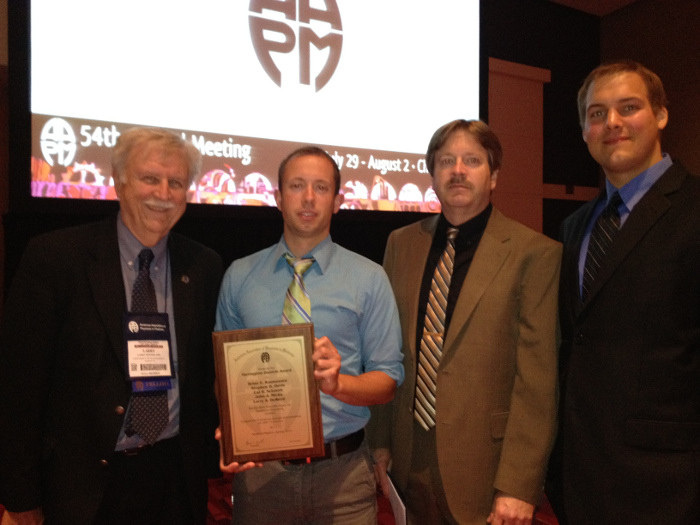 Brian Rasmussen, Steve Davis, Cal Schmidt, John Micka, and Larry DeWerd are this year's winners of the American Association of Physicists in Medicine Farrington Daniels Award. The group is being recognized for their Medical Physics paper, Comparison of air-kerma strength determinations for HDR (192)Ir sources, published in the December, 2011 issues of Medical Physics.

The award is named after chemistry Professor Farrington Daniels who, along with UW Medical Physics founder John Cameron, pioneered the use of thermoluminescent dosimetry for measuring radiation exposure in both diagnostic and therapeutic applications.

The Farrington Daniels award was made at the 2012 AAPM Meeting in Charlotte, NC.