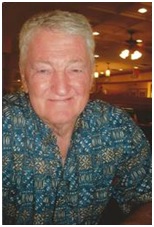 Don Tolbert, former faculty member of Human Oncology and Medical Physics, passed away on Sunday, April 28, 2013 at his home in Beloit, Kansas. Don is survived by his wife Mattie, three children and 5 grand children.

Don was the Director of Radiation Therapy Physics from ~1970 until 1977. He was an expert in computational dosimetry, and was responsible for implementing early radiation treatment planning computers used in radiation oncology. These included Digital Equipment Corporationâ€™s PDP-8 computer systems (the Rad-8), with its eight kilobytes of memory (soon expanded to 32 kb), toggle switch boot-up sequence, and programs that were compiled and stored on "Dectape." Don spent many hours teaching dosimetrists and medical physics graduate students how to master this new technology, and how to expand it to incorporate new data from ultrasound scanners and from emerging imaging technologies such as X-Ray CT, which he knew would be instrumental in future radiation treatment planning.

After completing his Ph.D. in Nuclear physics at the University of Kansas, Don received a post-doctoral fellowship in Medical Physics at the University of Wisconsin. At UW he published papers on use of ultrasound for tumor localization and radiation treatment planning and followup, improved radiation delivery techniques for early Varian "Clinac 4" linear accelerators, and furthered professional aspects of medical physics.

After leaving the UW in 1977, Don relocated to Hawaii where he was a founder of the consulting group, Mid-Pacific Medical Physics in Honolulu. MPMP provided Medical Physics services for a number of Hawaii and South Pacific hospitals. Don completed his career at the Tripler Army Medical Center in Honolulu before retiring. He was active in the American Association of Physicists in Medicine, especially AAPM's professional council. After he retired, Don loved spending his summers at his cabin in the Colorado mountains and his winters on the plains of Kansas. He had a variety of pursuits, such as working on a book about empowering the diabetic patient written from the patientâ€™s perspective, and making several visits a day to a home for seniors to give logistical and emotional support. Other outlets of Donâ€™s included a devotion to spiritual practices focusing on Native American Culture and raising money for the American Indian College Fund. There is sadness today in Hawaii, Colorado, Kansas, Wisconsin and California and any place where those whose lives he touched may live.

To view a 2000 interview with Don, done by Bob Gorson of AAPMâ€™s History committee, follow this link: http://www.aapm.org/org/history/InterviewVideo.asp?i=153